Changing of the guard? Not yet

Especially in the WTA tour the change of the guard was expected. A new generation of tennis players would take over power in 2014. However, looking at the list of the 2014 grand slam winners, one could hardly argue that this is the case. All the grand slam titles were won by previous grand slam winners. Na Li won in Melbourne the Australian Open and in Roland Garros Maria Sharapova was the number one. In London Petra Kvitova won her second Wimbledon title and in New York Serena Williams, still the world number one, won her 18th Grand Slam title at the U.S. Open.

So, at first sight nothing seems to has changed. But that’s not true either. There’s a lot going on in the WTA tour. This year Na Li has finished her career. In the future she will continue to be involved in the tennis sport, but not as a professional tennis player. And indeed, there are quite a few youngsters performing extremely well. They may not have taken over power in 2014 but they are definitely knocking on the door. The number 3 of the world, Simona Halep played the finals at Roland Garros this year, she won two tournaments (Doha and Bucharest) and in 2013  she even won six tournaments. Another great talent is the Canadian Eugenie Bouchard. Only twenty years old she played the Wimbledon finals against Petra Kvitova.  Although she has only won one tournament yet (Nürnberg this year), she’s already the number seven of the world. As mentioned before, Serena is still the number one of the world, and with 64 WTA single titles and 22 doubles titles she’s an incredible tennis phenomenon, but she is not unbeatable. This year for example she has lost three times  from the French Alizé Cornet (one time, in Wuhan, she had to give up the match). Alizé Cornet is a familiar name on the tour, but she’s still only 24 years old and steadily climbing on the WTA ranking table to the number 20 position. She won the tournament in Katowice this year, her fourth career WTA single title.
Karolina Pliskova from the Czech Republic is 22 years old and she has won already three WTA single titles (in 2014 Linz and Seoul and in 2013 Kuala Lumpur) and played another three finals in 2014. This brought her the 24th  position on the WTA ranking. In the doubles she even won four WTA titles in her career:  one with the Dutch  Michaella Krajicek (Nürnberg-2014) and the other three with her twin sister Kristyna (Bad Gastein, Hong Kong (2014) and Linz (2013). Garbiñe Muguruza is also a young lady to pay attention to. Garbiñe was born  in 1993 in Venezuela and is now living in Spain. This year she reached the finals in Florianopolis and she has won her first WTA single title in Hobart. She also won the WTA doubles title in Marrakech (with Oprandi) and  Stanford (with Suárez Navarro). In 2013 she already won the doubles title in Hobart with Torró-Flor. Now she is the number 23 of the world.
Camilia Giorgi (23 years old) is a talented Italian tennisplayer.  In 2014 she has reached the  finals in Katowice and Linz and climbed to the world 39 position. At the end of the season in 2013 the American Sloane Stephens (at that time 20 years old) was close to a top 10 position (number 12). Unfortunately 2014 was not her best year and she lost her top position on the raking table, but there is no doubt about it that’s she is a great talent.  This is also said about the 18 years old Taylor Townsend from the US. We saw here playing at Roland Garros (3th round) and although perhaps a little overweighed, she impresses with her mighty strokes.

Another development going on in the WTA-tour is the come back of former world number one players Ana Ivanovic and Caroline Wozniacki. After her win in 2008 at Roland Garros and becoming the world number one Ana Ivanovic had a difficult period in her tennis career and she lost many matches as well as her top ranking position. When we were in Birmingham this year (one of the tournaments she has won) she spook frankly about her struggle and how she found a new balance between a professional tennis career and other pleasant and important things in life. You can read about it elsewhere on this site. This new balance is working out perfectly for her. In 2014 she won the tournaments of Auckland, Monterrey, Birmingham and Tokyo, and she reached the finals in Stuttgart and Cincinnati. By her victories this year over Serena and Venus Williams, Simona Halep, Maria Sharapova (twice), Jelena Jankovic, Angelique Kerber (twice), Victoria Azarenka, Samantha Stosur and Caroline Wozniacki (twice)  she proved that she’ s still able to win her matches against the best tennis players on the tour. It’s wonderful to see how this very kind lady found her way back to the top and has reached the 5th position on the WTA ranking table.

The Danish Caroline Wozniacki is also back on track. She defeated in 2014 among others Maria Sharapova, Agnieszka Radwanska, Angelique Kerber, Sara Errani, Andrea Petkovic, Sloane Stephens and the upcoming talents Karolina Pliskova,  Garbiñe Muguruza and Camilia Giorgi.  This year she was the runner-up in New York at the U.S. Open and she has won the title in Istanbul. She clearly improved her game (most of all her service) and after a lesser period she now is back in top 10 on place number 8. 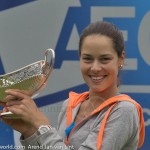 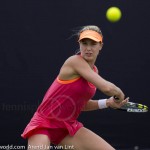 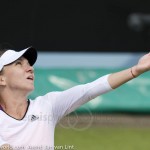 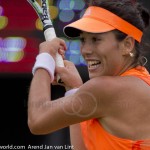 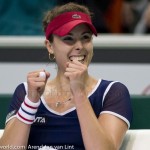 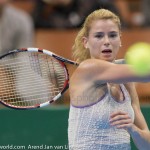 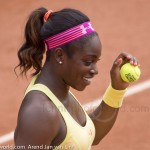 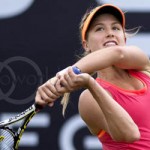