Troicki: individual victim of institutions?
Just a few minutes ago Viktor Troicki and his manager, Corrado Tschabuschnig found out that the ITF declared Troicki suspended for 18 months for refusing to give a blood sample at a doping control test in Monte Carlo. Tennisphotoworld joint the press conference of Troicki and Tschabuschnig who gave a whole different view on this case. First Troicki is too astonished to talk and his manager gives a declaration.

Corrado Tschabuschnig
“On the given day, April 15th, Troicki woke up feeling not well and dizzy. He lost his match to Jarkko Nieminem in straight sets. He went to the doping control after his match where he first was supposed to give a blood and urine sample. He was still feeling dizzy and has always been afraid of needles. Sometimes it takes more than an hour to give a blood sample. The doctor saw the state Troicki was in and gave him permission to just give an urine sample and a written document in which Troicki gave an explanation why he did not give a blood sample. This was exactly what Troicki did.” The next day he heard he had to give the blood sample nonetheless. Which he did. No single test has ever been founded positive.”

Viktor Troicki
“I have never taken any substitute that is prohibited and I never thought of taking it. I’m always clean,” declares Troicki with tears in his eyes.”

Corrado Tschabuschnig
“Right now we are going to appeal to this decision. It’s unfear. Troicki was offered help when he was feeling bad and now the doctor has turned her back on him. Right now the individual is a victim of the system. If we succeed it’s unsure when Troicki will be able to play again. It will depend on how busy the task is. It’s august and they don’t work full time. We are ready to go there tomorrow. I’m afraid we are talking at least about  five or six weeks lost. We will for sure miss the hard cord season, for which we worked really hard. But, it’s a new match. I think and believe that Viktor will go through this. Strong and clean as he has always done. And he will be stronger than before.”

YOU CAN SEE THE FULL PICTURES AND SLIDE SHOW. CLICK ON ANY PHOTO AND THE PICTURES WILL BE MUTCH BETTER! 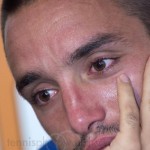 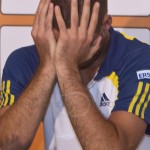 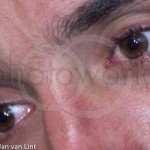 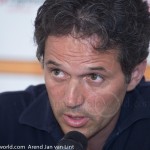