Great footwork and easy power ground strokes
A player from Italy with great footwork and easy power groundstrokes. Currently world’s number 10, 20 years old, and leading 2-0 in sets against Djokovic at the quarter-finals at Wimbledon. We can only talk about one guy: Jannik Sinner. The 2nd seated player at the ATP Tournament in Umag defeated Jaume Munar (ranked 59th) by 6-4, 6-4.

Not always easy to close a match
We were impressed by Munar’s serve speed. The Spaniard showed that you don’t need to be 2 meters tall to serve 200+ km/h. Despite his height of 1.83m, he can do it. Munar also showed a great fighting spirit till the end. Making Sinner need 6 match points to claim victory. Thereby illustrating that closing a match is not always easy. Sinner’s serve was not that stable and his choice to come to the net did not always pay off, missing some important volleys. “Well at Wimbledon my volleys did work out pretty well, so I just kept going,” Jannik tells us after the match. “I was a bit tense at the beginning, which led to some unforced errors. Overall, I’m still pleased with how the match turned out.” The Jannik Sinner who played at Umag as a qualifier compared to the current Jannik Sinner? “Compared to a few years ago, I understand my game better and I know better how to mix things up.”

“Compared to a few years ago, I understand my game better and I know better how to mix things up.” – Jannik Sinner

An exemplar for other (young) players
One final note we would like to make is that Sinner is a gentleman on the court. During the second set at 4-3, 30-0 he accidentally touches the net when volleying. He laughs about this clumsy mistake, looking at the empire. The empire missed what happened and wanted to grant Sinner the point. No deal according to the Italian. Point to Munar. And he continues the game at 30-15. Being an exemplar for other (young) tennis players!

Gravel tennis by the book
Sinner’s next opponent is Roberto Carballés Baena, who defeated the fifth-seeded player, Slovak Alex Molčan, by 3-6, 6-2, 6-3. The interviewer at the end of this match of 2.40h: “I thought it would be midnight having this interview.” Still, 2.40h is an appropriate match duration for some solid Spanish gravel tennis by Baena. Playing consistent rallies and dominating with his forehand whenever he got the chance. Gravel tennis by the book! We are looking forward to match-up Sinner versus Baena on Friday the 29th of July! 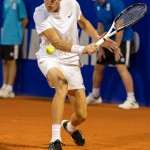 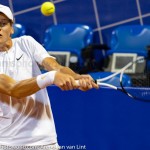 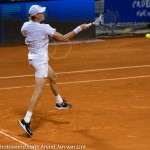 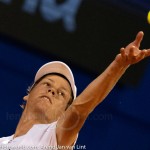 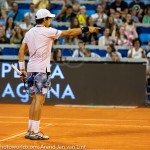 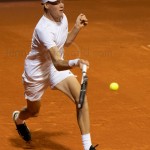 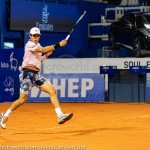 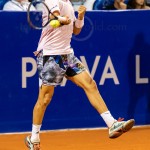 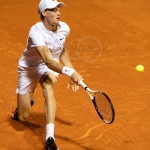 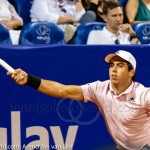 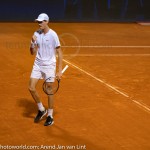 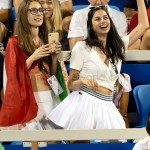 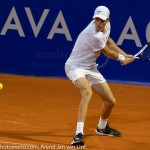 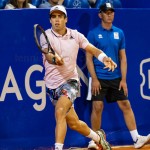 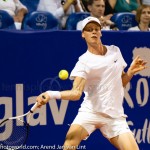 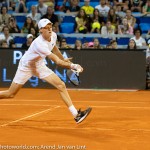 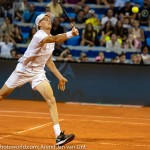 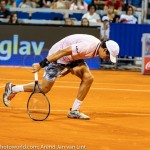 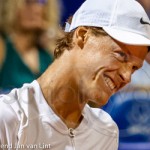