No Fognini in Umag this year

With the exception of 2018, the flamboyant Italian Fabio Fognini has always been in Umag during the summer in recent years. And usually, he got far in the tournament. He reached the semi-finals in his first appearance in 2008, in which he lost to the later winner that year Fernando Verdasco. In 2013, he reached the final, but then lost to Spaniard Tommy Robredo. But no one could compete with the unleashed Fognini in 2016, he won the tournament under the watchful eye of his lovely wife Flavia Panetta and his family.

Given the previous successes, 2019 was an exception. Together with the Croat Borna Coric, he was the dream finalist, but both had to leave the tournament at an early stage due to injury. That was a disappointment not only for the tournament, but also for Fognini himself. He was playing great tennis. Earlier in that year he had won the prestigious tournament of Monte Carlo (Atp master 1000), by beating Rafael Nadal, among others. As the best Italian, he had entered the top 10 of the ATP ranking for the first time in his career and that at the age of 32. The Croatian press praised him for this in Umag. He had not received such a compliment from the Italian press, he did not know why, but the fact that his achievements were recognized in Croatia did him visibly good. The relationship between the Italian press and Fognini is not the warmest in the world, but in Umag the relationship with the press was more than fine.

Fognini: “It’s funny that you ask me that question!”

We saw a relaxed and friendly Fognini. It gave us the opportunity to ask Fognini a question that we often ask top tennis players, namely which of the four important aspects  – physical, technique, tactics and mental toughness – he considers most important for a top tennis player. This question elicits a big grin on his face ‘It’s funny that you ask me that question!’. An understandable response, because the Italian does not always have his emotions under control and if he gets really angry, his racket sometimes has to pay for it. “But honestly, I think the mental aspect at the top is the most important. We all know how to hit a for- or backhand, but at the crucial moments mental toughness is the deciding factor.” Never a dull moment with Fognini, but if you have nine ATP titles in your pocket and as a former top 10 –player (highest ranking number 9) he has already proven that the mental aspect may not always be his forte, but is also not obstacle to success.

“Yes of course, the presence of family is important to me!”

Due to the corona pandemic, the Croation-Open in Umag was canceled in 2020. Fortunately, tennis can be played again this year, albeit – understandably – under very strict precautions imposed by the ATP. Fognini is not there this year, but as always there are Italian participants. In 2019, Fognini noted that Umag is also half a home tournament for Italy. After all, Umag is close to the Italian border. He listed a number of plus points. It is a clay court tournament, it is warm and the matches do not start until late in the afternoon and are mainly played in the evening. Being close to Italy makes it easier for family and friends to come and watch than visiting a tournament on the other side of the world. All ingredients that make Umag an attractive tournament for Italians. When asked whether the presence of family is important to him, a hard ground sounds: ‘But of course!’ Definitely ‘Un Italiano vero’.

Fognini is no longer in the top 10, but another great Italian is: Matteo Berrettini. He is not in Umag, but the winner of 2018 Marco Cecchinato is. Salvatore Caruso, an excellent gravel specialist, who can handle this surface much better than his ranking would suggest, can also provide some spectacle. Italian tennis is clearly on the rise, because in addition to the now-arrived top player Berrettini and Lorenzo Sonego, there are also the up-and-coming talents Jannik Sinner, who was previously in Umag. And there is Lorenzo Musetti, who won this year the first two sets in his fourth round match against world number one Novak Djokovic at Roland Garros. Musetti was supposed to be participating in Umag this year but unfortunately he is not present. So far as Italy is concerned, hopes are pinned on Marco Cecchinato, Gianluca Mager, Stefano Travaglia, Salvatore Caruso and qualifier Alessandro Giannessi. 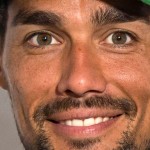 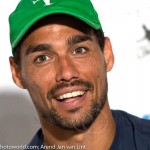 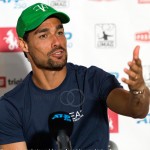 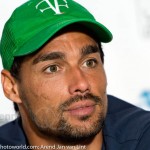 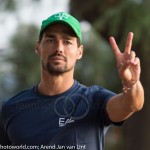 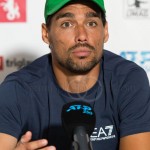 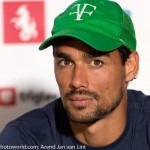 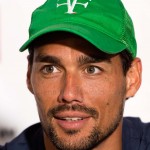 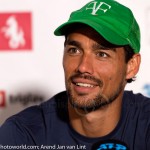 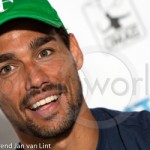