Fabio Fognini and Borna Coric,  seeded 1 and 2, are out of the Umag Croatia Open Tournament. Fognini had to retire during his first match due to an injury and Coric lost his first match against Salvatore Caruso (ranked 125). Coric praised Caruso’s game. ‘He is better than you would expect based on his ranking, certainly on clay. I was to slow and didn’t play well. But it’s good that I can play again and that I’m back on the court after my back injury. On the moment that’s the most important thing for me, but I don’t like to lose, especially not in Umag.’ I asked him if playing for his compatriots gives him extra energy or that it causes extra pressure. ‘I think o bit of both, you don’t want to disappoint the audience and it’s great to have the support of the crowed, that gives energy. However, I’m always motivated to do my very best, wherever I play. But today Salvatore was better and he deserved to win.’

Salvatore Caruso proved to be in great shape. He had to play the qualifications and defeated former tournament winner Tommy Robredo, and in the main tournament he defeated in addition to Corcic also  Corentin Moutet from France (7-5, 6-0) and Facundo Bagnis from Argentina (6-4, 6-0). It brought him to the semi finals where he will be confronted with the number 4 seeded Serbian Dusan Lajovic.  Dusan Lajovic defeated former winner Andrey Rublev (6-4, 6-3) and Aljaz Bedene from Slovenia (5-7, 6-3, 6-3). 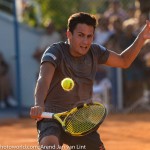 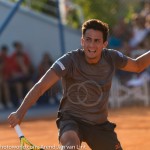 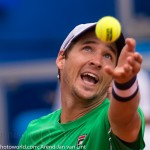 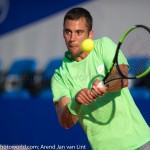 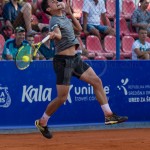 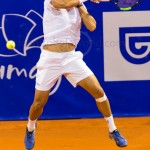 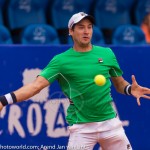 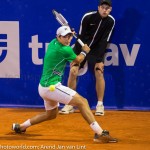 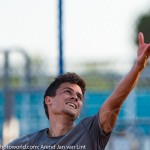 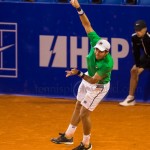 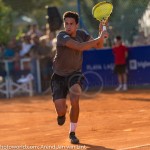 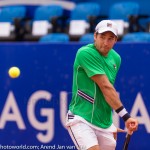 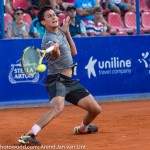 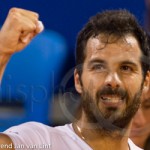