A more than justified unexpected winner at Umag!
‘This week has changed my life. A week ago I was out of a tournament, because I lost in the qualifications. And now? Look at me, I have won the tournament!’ said Andrey Rublev in Umag. This first ATP-title of the young Russian talent is more than justified. He deserves the title more than anyone else. This week the former Roland Garros junior champion defeated successively Carlos Berloqc, Andrej Martin, Fabio Fogging, Ivan Dodig and tonight in the finals he beat Paolo Lorenzi in straight sets (6-4; 6-2). By this achievement he now certainly is someone on the tour to take into account. His ranking will substantial increase and he will become a top 50 player. And given the check he earned he can for sure the rent for the upcoming weeks.

’A week ago I was out of a tournament, because I lost in the qualifications. And now? Look at me, I have won the tournament!’

‘To win Challengers is nice but this is what all tennis players want. To win ATP-tournaments. Now I’m a top 50 player and I don’t have to play qualifications anymore to enter an ATP-tournament. Perhaps that isn’t the case for master tournaments but the others I can enter directly and may be I will even be ranked at some tournaments. This is great, but no, I’m not going to celebrate. I have an early flight tomorrow and I have to play on Thursday in the next tournament (Hamburg). I know there’s the talking about the distractions of Umag and the parties, but after a match I go straight the hotel. And I will do so tonight. No drinking no party, I’m strictly focused on being fit and playing tennis.’

‘You can plan whatever you want, but things always go in a different way. So I don’t set goals. I just do my very best and I’m dedicated to tennis.’

During the press conference he told that he sets no goals. ‘ You can plan whatever you want, but things always go in a different way. So I don’t do that. I just do my very best and I’m dedicated to tennis. And than we’ll see what comes out of it.’  We can imagine that  the Plaza  Laguna Croatia Open in Umag has indeed a great influence on the life and career of Andrey Rublev. His game is passionate and aggressive. As a member of the Russian next generation tennis players we will certainly see more great tennis of Andrey. 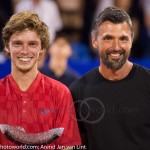 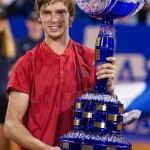 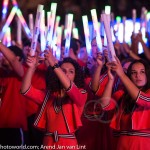 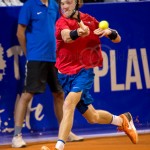 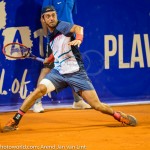 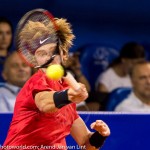 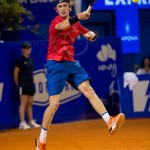 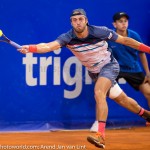 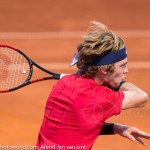 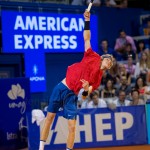 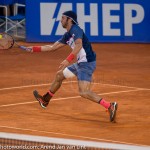 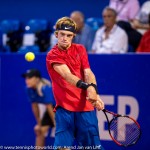 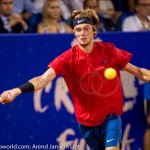 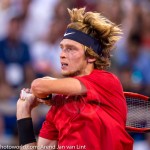 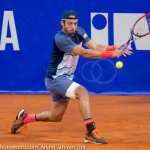 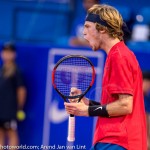 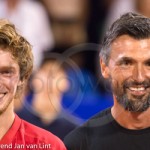