Andrey Rublev and Paolo Lorenzi into the finals

Paolo Lorenzi and Andry Rublev have reached the finals in Umag. Rublev entered the main tournament as lucky loser but this title seems not appropriate for this talented Russian tennis player. Earlier we wrote that he won his match against Berlocq, as well as his matches against the last year finalists Martin and Fognini. In the semi finals he was to strong for the Croatian Ivan Dodig. About the Italian Paolo Lorenzi we have not written so much so here’s an update about his route to the final. He is number four seeded and had a bye in the first round. In the second round he needed just two sets to defeat Aljaz Bedene. The quarter finals must have been a special experience for the sympathetic Italian. Imagine that your opponent walks to the referee, who in this case was a woman, and ask if she perhaps can provide him with a pair of scissors. What was the problem? The very muscular legs of Jiri Vesely were too thick for his pants!  And a pair of scissors was provided and Jiri began his taylor work on the court. However, he did not managed to solve the problem and now he asked for permission to change his pants. Quite a performance on a tennis court! So bal kids were ordered to come forward with towels to prevent the audience for seeing things that are not to be seen. This rare spectacle perhaps disturbed the concentration of Lorenzi a little bit. Whatever, he lost the first set by 1 to 6. However, by winning the second and the third set (7-5; 6-3) he fought himself into the semi finals.

This semi final was an Italian affaire, because Alessandro Gianessi defeated Rogerio Dutra Silva (6-7(3); 6-2; 7-5) who earlier won his match against Gael Monfils. Paolo Lorenzi needed also this time three sets to win on his compatriot (6-2; 4-6; 6-3) and will now face the young Russian Rublev in the finals. 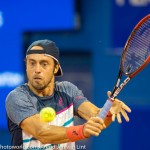 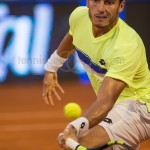 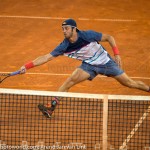 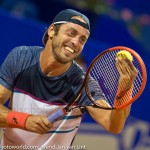 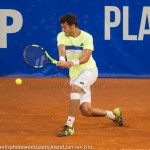 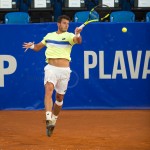 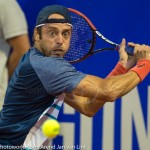 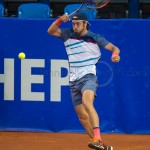 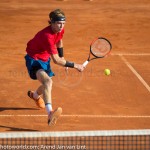 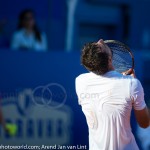 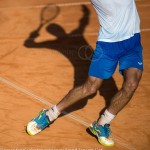 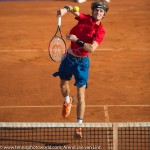 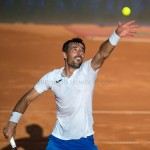 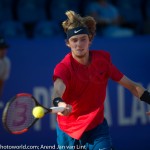 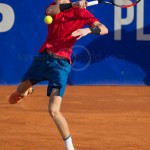 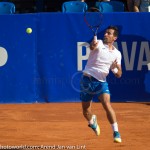 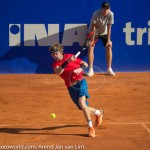 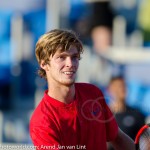 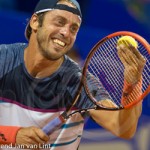