Rublev and Dodig continue to win. Ivan Dodig from Croatia is a double specialist (ranked number 7). Although his single ranking is much lower (412) he entered the tournament in Umag granded a wildcard. Andrey Rublev from Russia lost his last match in the qualifications against Atilla Balazs, but as a lucky loser was allowed to join the main tournament. The Croatian Borna Coric had to withdraw due to neck problems and Andrey replaced him.

The number 412 and the lucky loser are doing extremely well in Umag and turned out to be giant killers! After defeating Carlos Berlocq (6-2; 6-4), Rublev threw both the last year finalist Andrej Martin (7-6(5) 7-5) and the last year winner the Italian Fabio Fognini (6-7(5); 6-2; 7-5) out of the tournament. Both Fognini and Rublev have quite a temperament and sometimes racket were all over the court. It was the fighting spirit of Rublev what brought him the victory. 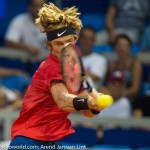 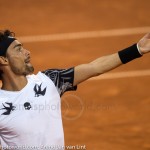 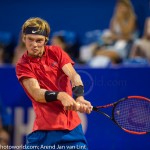 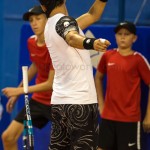 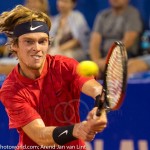 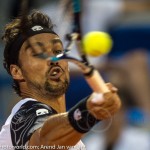 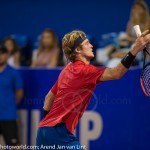 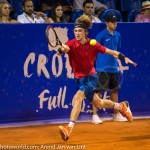 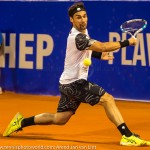 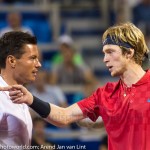 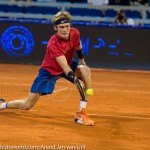 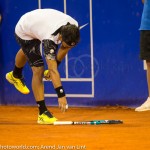 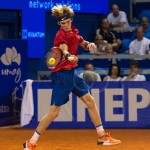 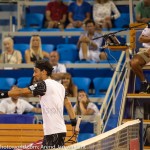 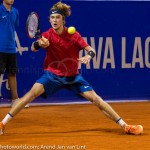 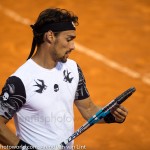 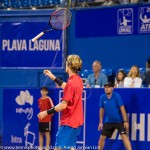 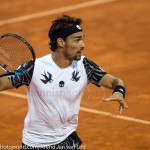 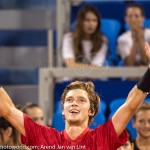 , he has an extreme fast arm and hits the ball very hard. By playing aggressive and never giving up, the victory was his.

Ivan Dodig defeated first the Romanian Marius Copil (6-4; 7-6(4)) and then Marco Cecchinato from Italia (3-6; 7-6(6); 6-2). In the quarter finals it was no one else then the number one seeded David Goffin from Belgium who was his next victim (7-5; 6-3)! So Andrey and Ivan keep on winning in Umag but today for one of them it will be the end of the line, because they have to play against each other in the semi finals. The other semi finals is an Italian affaire between Paolo Lorenzi and Alessandro Giannessi.