Andre Agassie came to Umag to honor his friend Goran Ivanisevic.  It was a very special day In Umag, perhaps the peak of the tournament even before an official match of the main draw was played. Tournament director Lawrence Francopan explained that from the very first moment he started as the new tournament director in Umag he wanted to do something to honer the greatest tennis player of Croatia: Goran Ivanisevic. As a result of his efforts and the hard work of his team the beautiful ATP tennis stadium in Umag is now named after Goran Ivanisevic.

In the presence of, among others, his children and former wife Tatjana Dragovic and grand slam winners Juan Carlos Ferrero and Andre Agassi, there was a short ceremony to honor the Wimbledon champion of 2001, a title he won being number 125 of the world at that time and admitted to the tournament by receiving a wild card. Armed with scissors and assisted by his children Goran revealed the new name of the stadium by cutting the ribbon.

Agassi told the audience that Goran was not only a big server. ‘Being so tall he was not supposed to be a good mover, but he was.’ He praised the personality of Goran. ‘He was not only a nice fellow when he won, but also when he lost a match and that doesn’t go for all the tennis players.’ Agassi stressed that Goran was and is very important for tennis, especially in Croatia. He regretted not having played the tournament of Umag in his active sports career. He was impressed by the nice Croatian people and the great atmosphere in Umag. No regrets for Juan Carlos Ferrero, since he joined and won the tournament in 2010. Goran got his stadium, for Agassi there was a smaller gift: just a cake, that he immediately attacked with a large knife.

Later in the evening there was an exhibition in the Goran Ivanisevic Stadium (no seat remained vacant) with Ivanisevic, Agassi, Ferrero and two very talented young boys. We very soon will also publish about this exhibition. 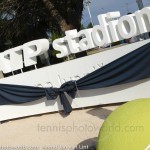 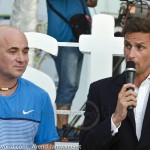 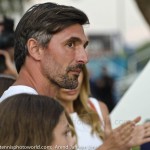 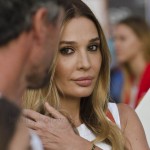 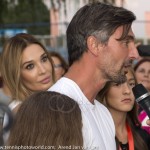 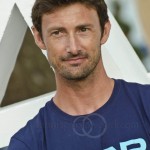 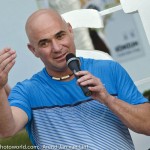 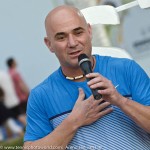 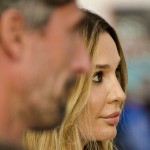 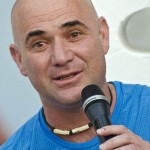 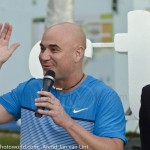 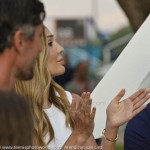 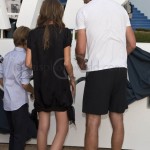 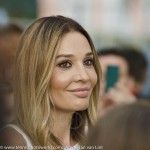 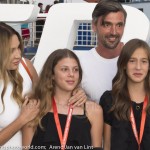 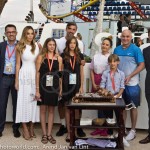 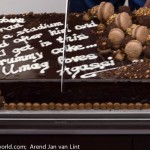 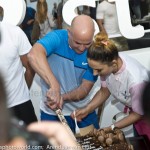 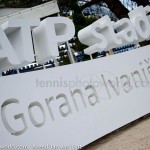