Take this smile, triple it and you have the smile of Roberta Vinci after her win over Serena Williams in the semi final of the US Open 2015. We saw this sympathetic Italian lady in Katowice winning the tournament in 2013 (she defeated Petra Kvitova in the final). In the USA she surprised the whole tennis world including her self by beating the world number one after being one set down (2-6, 6-4, 6-4). Roberta is not a famous hard hitter and a tennis player with a unidimensional way of playing. She various her play by short (drop) shots and balls played deep against the baseline both on the backhand- and forehand side  of her opponent. Her backhand is not a double handed flat or topspin ground stroke but a single handed slice backhand. Beside that she comes to the net from time to time where, as a former number one doubles player, she knows how to produce a winning volley. This all together makes her game different from the average way of playing nowadays and in her game against Serena she managed to make the number one run a lot across the court. Serena was not dictating the match from her comfort zone as usual. The first break in the match was made by Vinci in the third game of the first set, but on that moment Serena was still able to restore the hierarchy (Roberta Vinci is the number 43 on the WTA ranking list, but will rise of course after her great performance during the US Open). In the second and third set however, Serena seemed to be a little nervous and it was the Italian who was the better player of the two. By winning Roberta destroyed the ambitions of Serena to win a calendar grand slam and she apologized for that to the crowd and Serena. In the final she has to face her compatriot Flavia Pennetta who won her game against the Romanian Simona Halep in convincing figures (6-1, 6-3). This means an all Italian ladies final in the USA.  Of the four female semi-finalists only Simona Halep is under 30 years old. Once again the proof that being over 30 years old is no problem at all to win a grand slam. This seems to go especially for Italian women (Francesca Schiavone won her first grand slam title in Paris three weeks before she was 30 years old)  and Roberta and Flavia are respectively 32 and 33 years old. Both finalists never won a grand slam single title (but it should be noted that Flavia was in the finals of a grand slam doubles match three times and that Roberta won five grand slam titles with Sara Errani in de the doubles). 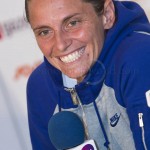 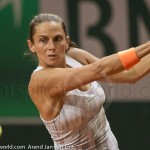 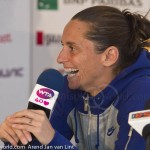 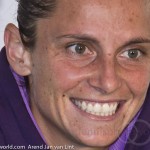 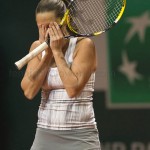 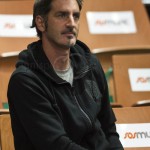 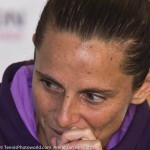 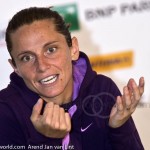 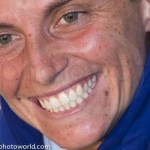